Coming to Romania? Great! We’re delighted that you’ll be spending time in our homeland. We want to help you do more than “survive” when you visit—we want you to THRIVE!

Part of the fun of any travel is not just learning about a different country, but jumping in and enjoying its culture. Romania offers visitors a rare opportunity: By combining an authentic experience with our warm hospitality, you’re going to treasure your time here.

To give a jump start to your holiday, Visit Romania is pleased to share our “Ultimate Insider’s Guide to Romania.” When you understand our unique nation, you will get more from your visit than you could have hoped for!

Romania embraces its Latin culture. (After all, the country’s name means “Citizen of Rome” and the language is Latin-based, like Italian, French, and Spanish.) You’ll notice it right away. Romanians are demonstrative and use big gestures when speaking. To a visitor, normal conversations may appear to be arguments, when they are simply passionate discussions…with frequent interruptions.

There’s a saying that if you have three Romanians together, you will get four opinions. Feel free to add your own views to the mix, but don’t expect to convince anyone. It’s all part of the conversation, which can become boisterous. Jump in and join the fun. Welcome to Romania!

Like all countries, Romania has its own expressions. Here are a few common phrases you’ll hear, along with their meanings. After a few days, you may start to use them, too!

Eating and drinking in Romania

Food and drink create some of the best travel memories. Of course, we all need to eat, but in Romania you’ll also find insights into our culture and history. Get ready for new tastes and experiences!

Out and about in Romania

When you’re ready to explore, here are some tips about what you can expect:

Superstitions are part of the Romanian culture. Although people who live in rural areas tend to believe more in events that can cause bad health or bring good luck, many people are reluctant to dismiss time-honored practices.

Weddings: Romanians absolutely love noise. Wedding celebrations are the unofficial main cause of sudden deafness in the country; popular international music is enthusiastically—and loudly–mixed with national folk songs. If you’re invited to a wedding, it might be a good idea to wear high-quality earplugs to preserve your own hearing.

A few wedding etiquette tips: Cash is the preferred gift, enough to cover your share of the cost (tacam), plus more. Your presence will be mandatory until the cake is served, usually around 4 a.m. And it’s absolutely compulsory to dance with complete strangers in a circle for traditional songs that last 7 to 10 minutes. So rest up before you go!

Birthdays: Birthdays are a big deal here. If you decide to invite your new Romanian friends to celebrate your birthday in a restaurant, know that you’re expected to pay for all the food and drinks of your guests. On the upside, they’re supposed to bring you a nice gift.

Romanians are fortunate—they get two birthdays. The first is the date of their birth. The second is on their name day, the day of the saint they share a name with. In the Romanian Orthodox religion, every saint has a special day of the year, with a feast to honor the saint. Name days are celebrated as much as birthdays.

Baptisms: Babies get a blow-out celebration, too. Baptisms usually occur within a couple of months after birth. What might seem surprising is that the baby is the guest of honor, but doesn’t usually attend the party.

The baptism at the church is a big event, with family and friends attending. The godparents play the biggest role in the christening. Then the celebration begins, with all the noise of a wedding. Five-course meals, gallons of alcohol, and dancing. At midnight, Fairy Godmothers (“Ursitoare”) will decide the baby’s fate, by wishing him or her a prosperous and happy life.

Ready to discover more about Romania?

Guests are welcome in Romania. In fact, you have a special status. We’re excited to show you our cities and villages, as well as places you won’t find anywhere else in the world.

“It’s not down in any map; true places never are.” wrote Herman Melville. That’s how we feel about Romania. Our history is complicated and our culture is rich. We can’t wait to share it with you. Contact us today to plan your personal adventure! 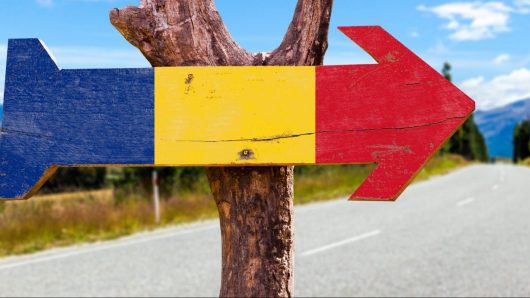