Welcome to Transylvania! The Tale of...

A private one-day tour for two or more people! No other tourists! As always, we are happy to create a specialized tour to meet your interests and requests.

This special day tour focuses on two Romanian castles: the most beautiful and the most famous. You’ll also visit the towns where the castles are located, along with important sites, giving you a peek into the history and culture of the country.

This is a moderately active tour! Most days are light to moderately paced - but two days are strenuous - with 2-8 miles of walking, lots of stairs, and hilly terrain.

At 08:00, we will pick you and your group up at the hotel or address where you are staying. Be ready for a full day! We’ll head in the direction of the mountains for about 1½ hours to reach Sinaia. Until King Carol I built his magnificent summer home, Peles Castle here, the spectacular mountains were territory of shepherds and hermits. Today, Sinaia is called “The Pearl of the Carpathians” and is one of Romania’s most-visited cities. During the winter, it is the country’s best ski area.

We’ll make a stop at Sinaia Monastery, founded in 1690 by a Romanian prince, after his pilgrimage to Mount Sinai. The Old Church has a beautiful painting of The Last Judgment, done when the church was built. The Great Church was started in 1842, and features frescoes of King Carol I and his family.

Peles Castle construction began in 1873, and required architects, engineers, artisans, and craftsmen from 14 countries. It’s considered the most beautiful castle in Romania. It was also the first to have electricity, elevators, and central heating. Our guided tour of Peles Castle covers 18 ground-floor rooms. During the tour, we will see the Imperial Suite, the fantastic Reception Hall, the Florentine Hall, and the Louis XIV Hall, with painting by young Gustav Klimt. You will also see Romania’s first “at-home” cinema! (NOTE: There is a fee for photography during the tour.)

Following the visit to Peles Castle, we will stop for lunch at a restaurant known for its Romanian cuisine. If you have not tried venison before, this is your chance! (NOTE: Because each person has individual tastes, you are free to order as you like. This cost is not included in the tour.)

Next, we will return to our vehicle and go to Transylvania, which translates as “the country beyond the forest.” Our first stop will be at Bran Castle, one of the world’s most famous castles, now known for its legend of Count Dracula. “Vlad the Impaler,” the inspiration for Bram Stoker’s novel, was only briefly imprisoned here. The castle does look foreboding, but once we’re inside, you find it’s cheerful. Today, it is a museum dedicated to Queen Marie of Romania.

Brasov itself is a delightful town, with Medieval watchtowers and Gothic spires. According to legend, this is where the Pied Piper led the children of Hamlin. Your guide will direct you to a choice of attractions: The Black Church, Rope Street, Council Square, and Council Tower. We encourage you to visit The Black Church, the largest Gothic structure in Eastern Europe, but wherever you go in this charming town, you will find travel memories.

Later, we’ll gather for the ride back to Bucharest. We will return you to your hotel or any other address you wish. What a memorable day! 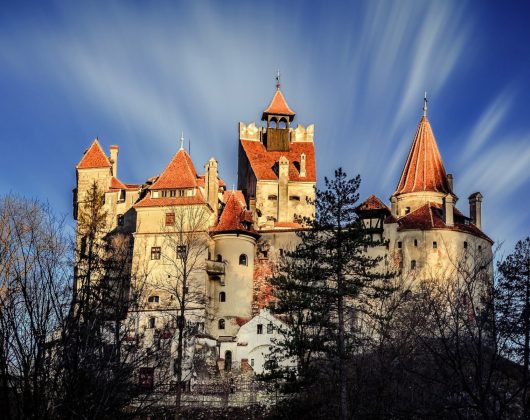 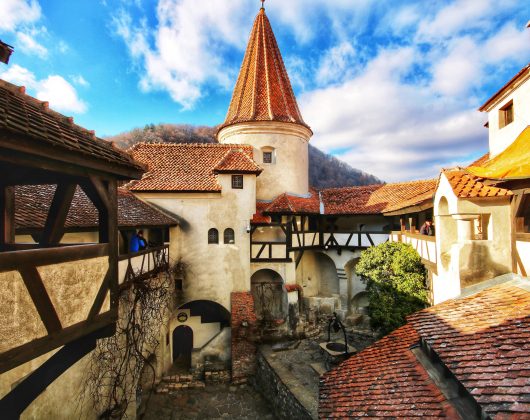 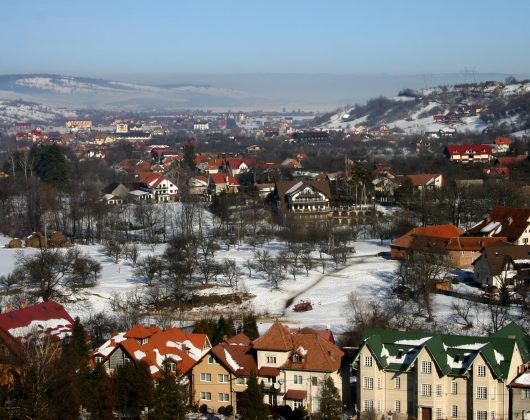 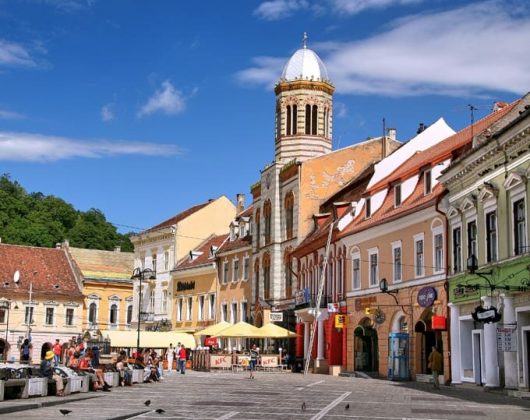 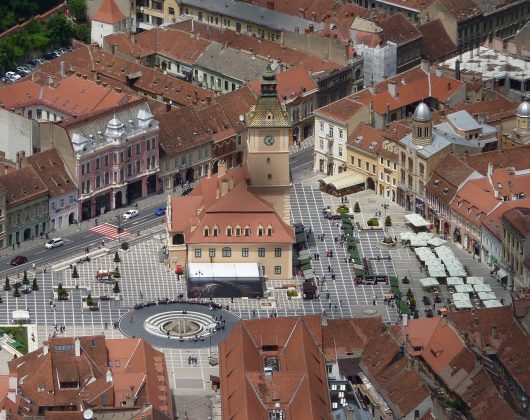 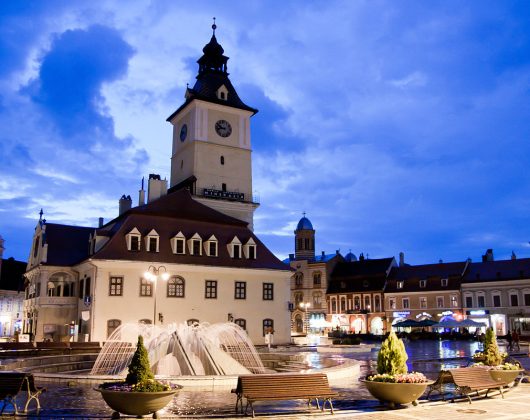 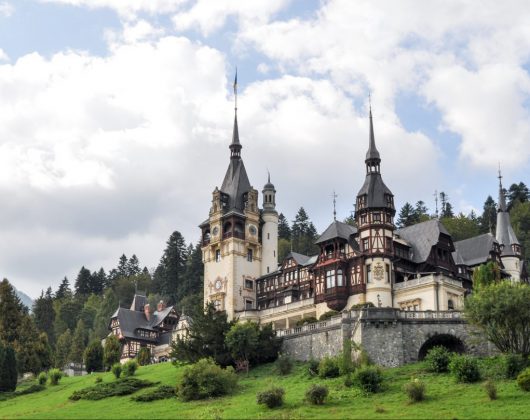 NOTE: A minimum of 2 people is required for this tour.

IMPORTANT! The fine print: Cosmo Travel is the company that arranges the Welcome to Transylvania! Two Famous Castles Day Tour. It is not responsible if sites on the itinerary are closed without prior notification, or for any reason the day of your tour.

A Day at the Black Sea Tour: Constanta and Mamaia