A private tour for your group only! No other tourists! As always, we are happy to create a specialized tour to meet your interests and requests.

“Transfagarasan, probably the most beautiful road in the world.” –Jeremy Clarkson, Top Gear.

Do you love road trips? Do you believe that the best way to see a country is to travel by car, seeing things up-close, with spectacular scenery and jaw-dropping routes? Maybe even sharing the road with sheep? We do, too! That’s why we created this special tour! Buckle up!

Called “The Best Driving Road in the World,” as well as “The Road to the Sky” and The Road to the Clouds,” you do not want to miss this 2-day tour! We will reach the actual castle of Vlad III Dracula—by taking this extraordinary route through the highest peaks of the Fagaras Mountains at 2042m (6700 feet). There is only one pass through the mountains. You will never forget this experience!

Most tourists head straight to Bran Castle, thinking they will see the “REAL” Dracula Castle, based on the 1897 novel by Bram Stoker. You are fortunate because we will go to Poenari Citadel, much more authentic, less trampled—and the actual home of Vlad III Dracula, who recognized the potential of the early 13th-century castle as a stronghold and restored it during his reign between 1456-1462.

For two days and one night, we will show you a rare slice of Romania. You will be in awe as we drive the Transfagarasan Road, and visit the “real” home of Count Dracula, in a unique and off-the-beaten-path journey.

This is a highly active tour! Most days are light to moderately paced - but two days are strenuous - with 2-8 miles of walking, lots of stairs, and hilly terrain.

An early start for this adventure! We will pick you and your group up at the hotel or address where you are staying at 08:00. We’ll drive about two hours to Curtea de Arges, where we will stop to visit the magnificent Monastery Curtea de Arges. “Curtea” means court, so this was a royal town in the 14th century.

The cathedral and monastery are considered two of Romania’s most important national and religious sites, and are together designated as a World Heritage Site. The monastery holds and honors the remains of Romania’s first two royal couples, King Carol I (1839-1914) and his wife, Elizabeth (1853-1916), as well as those of King Ferdinand I (1865-1927) and his wife, Marie (1875-1938).

Then, on to Poenari Citadel, built in the early 13th century by Walachians, it was later claimed by one of Romania’s national heroes, Vlad III, or Vlad Dracula. Climb 1480 steps to the castle, about 400m, taking about 30 minutes. Congratulate yourself that you have visited the place where the Dracula myth began, when “Vlad the Impaler” marched captives up the hill to work on his castle. After Bram Stoker’s novel, the world began to think of “Dracula” as a vampire, but in Medieval times, it meant “Dragon,” a title Vlad inherited from his father. The history, legend, truth, and fiction are now a confusion, but one thing is accurate: Poenari Citadel is where Vlad lived.

Following this busy morning, we will stop for lunch (not included in tour price) before starting our drive of the magnificent Transfagarasan Road. We’ll make a brief stop at Balea Lake to admire the view and take photos, before continuing to Sibiu.

Our travels for the day end at Sibiu, an excellent place to stroll and find a place for dinner (not included in tour) after we check into our 3-Star hotel. Founded in 1191 by the Saxons, it the largest German Medieval town in Transylvania. Romania’s first hospital was in Sibiu (1292), as well as the first pharmacy (1494). Even Romania’s first museum is here: the Brukenthal Museum, which opened in 1817.

The Old Town has brightly painted houses, some of the best museums in Romania, and vestiges of the ancient walls which fortified the city against the Turks. Sibiu (Hermannstadt in German) was a European Capital of Culture in 2007 and the 2018 European Gastronomical Region.

We’re up early this morning to have breakfast before we start our walking tour of Sibiu. Some of the possible sites on our list: The Big Market and Market of the Goldsmiths, two places that still represent the European way of bargaining. We can climb the Tower of the Saint, view Romanian culture in the Ursulinelor Church and Orthodox Cathedral, and ‘test the truth” at the Bridge of Lies, Romania’s first cast-iron bridge. Legend says that the bridge has the power to tell if somebody is lying while crossing, and the bridge will collapse and punish the liar.

After exploring Sibiu, we’re off the Rasnov, where we’ll have lunch (not included in the tour) and a photo stop at the 13th century Medieval fortress, with its beautiful view overlooking the city.

We will continue our way back to Bucharest on lovely mountain roads, arriving back at your hotel, or any address you request, in the evening. This is a trip you will remember and tell your friends about for years to come! 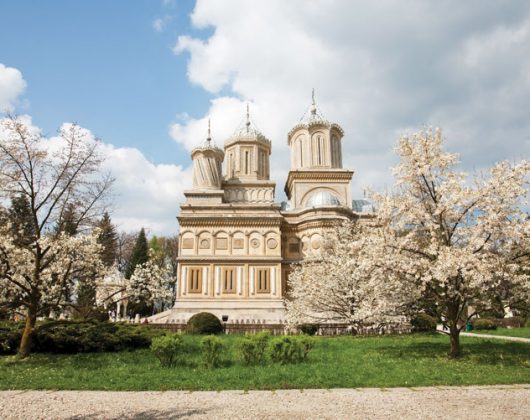 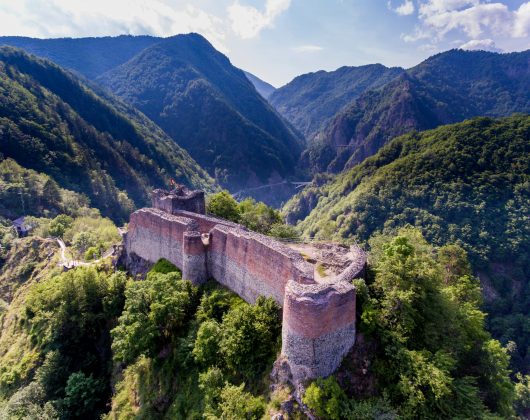 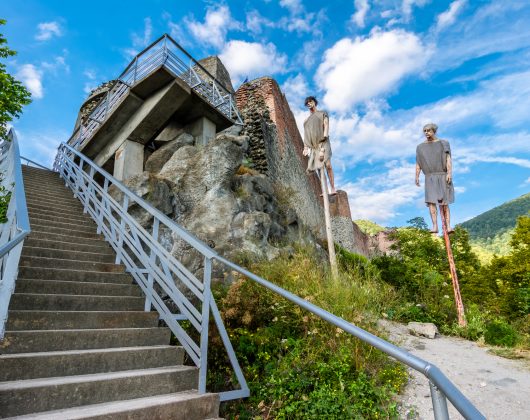 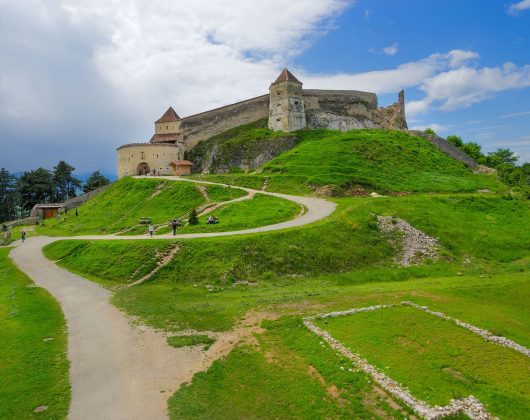 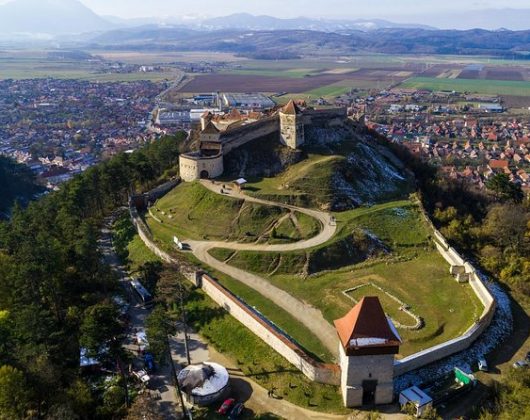 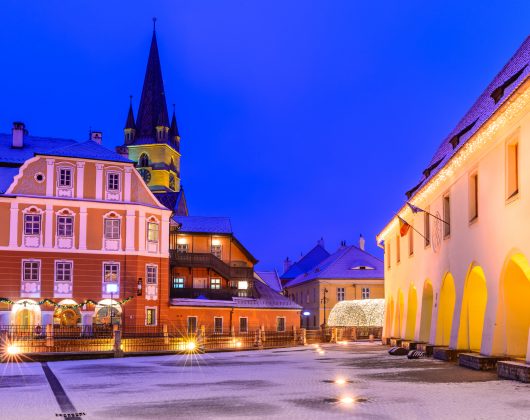 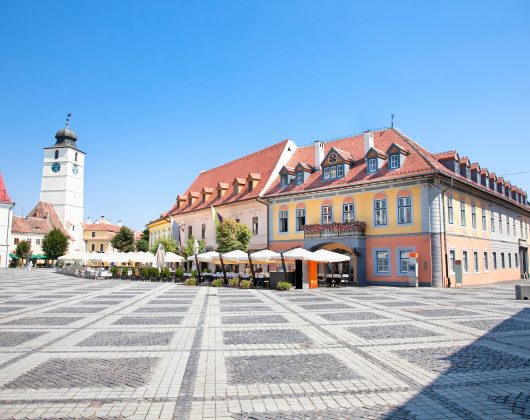 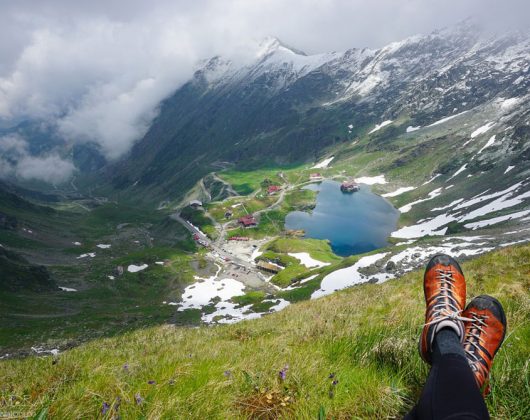 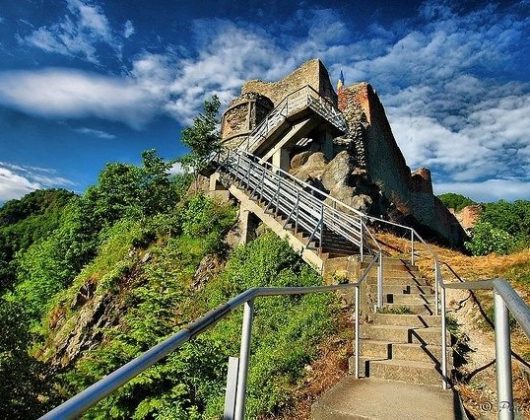 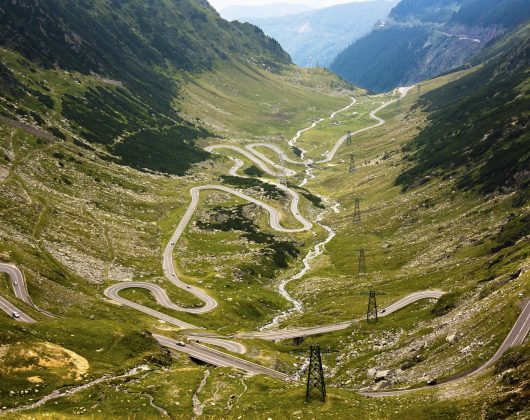 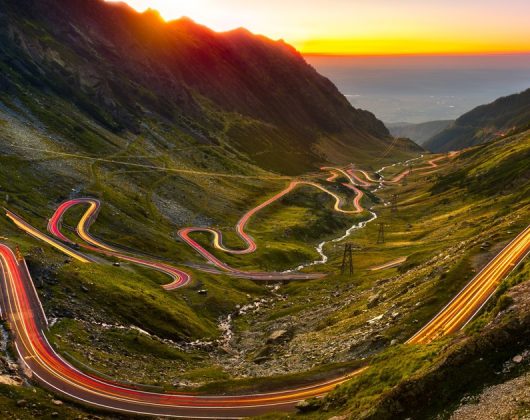 Details of the trip:

IMPORTANT! The fine print: Cosmo Travel is the company that arranges the REAL Dracula Castle & Transfagarasan Road 2-Day Tour. It is not responsible if sites on the itinerary are closed without prior notification, or for any reason the day of your tour.